The People: Creating Trust, Confidence and Reliability for the Cattle Produced 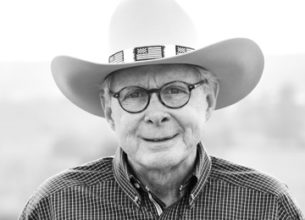 David Wood has had a long and successful career in the offshore oilfield equipment business, traveling throughout the country and around the world.  Based for many years out of New Orleans, David’s ranch is located approximately 100 miles north, near McComb, MS.  In 2000 business reasons required David and his wife, Nada, to move to Houston, TX but because of his love for his cowherd David retained his ranch property, making frequent trips back as a very hands-on operator of his ranching enterprise.

With the beginning of his cowherd coming from the top of the Camp Cooley ranks, David has owned many great sires and donors in his time.   The likes of Singletary, Foundation and Main Event have all walked the pastures at Double W, along with power-packed donors such as 535K14, 924Z11 and 404A.

An integral part of the GENETRUST team, David’s study, vision and focus on making each calf crop better than the next will help propel GT through its’ second decade. 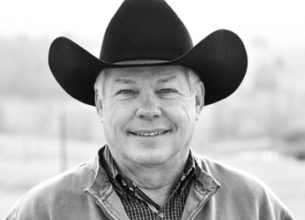 The Cavender brand is one of the most recognized in the country in the world of the western lifestyle.  With over 80 retail stores scattered throughout the south the Cavender family offers a full line of clothing from head to toe for cowboys and cowgirls throughout the country.  As President of Cavender’s Boot City, Joe Cavender has led the charge to be a leader in the western retail industry through quality products, attention to detail and good customer service, traits that he has also brought to his cattle operations.

Joe and Nancy Cavender, along with ranch manager Kenneth Welch, have developed one of the top purebred Brangus and Ultrablack herds in the United States over the past 20 years.  With an eye for top sires and the ability to identify elite donor cows within their herd, the Cavender program has produced the likes of Hombre and Passport who have both been transformational type herd sires along with a number of others, including Capital Gain, who is one of the up and coming Three D sons in the breed.

Through his analytical nature, Joe Cavender continues to raise the bar, taking his herd and in turn GENETRUST, to the next level. 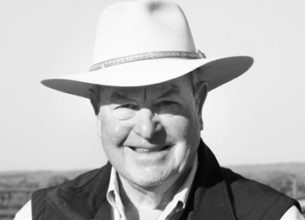 Wat Johnston represents the sixth generation of his family to be directly involved in agriculture in Southern Alabama.  Operating a large and highly successful commercial herd, Wat is deeply entrenched in the commercial cattle business, using Brangus bulls exclusively for over 20 years.  In addition to his Alabama operation, he also owns a large farm and commercial cattle herd in La Pampa, Argentina, where he has recently introduced Brangus genetics to an area largely dominated by Angus and Hereford lines.

Wat and his family’s long and successful commercial herd lead him to enter the registered Brangus business in 2016 when he purchased the herd his brother, and original GENETRUST partner, Ray had assembled but was dispersing for health-related reasons.  Since that time Wat has continued to make significant improvements in the bull battery as well as leading donor females as he ramps up an ET program to propel himself to the next level.  CB Hombre 924Z11, the mother of Capital Gain, and the most recently added $65,000 WAT Guardian 404A are examples of the next generation of genetics being propagated by Johnston Brangus.

Wat’s commercial approach to the business helps GT stay grounded and guided in the right direction in producing the product their customer’s demand. 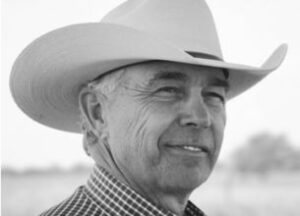 With a lifetime of experience in the cattle business, from growing up on a 10,000 head commercial operation in South Dakota, to managing highly successful Angus and Brangus operations in the 1970’s and 80’s, Vern and Vicki Suhn’s leap of faith in 1990 to begin their own Brangus operation in Eureka, KS has proven to be one that only added to this storied and highly successful career.

Never one to shy away from technology, Vern has been a leader and fully embraced new changes in the cattle business such as AI in the 1960’s, performance testing in the 70’s and early 80’s, carcass ultrasound technology in the mid 80’s and DNA technology in the 2000’s, leading him to always be on the precipice of the industry.  His cowherd has produced numerous breed leading sires including Next Step, Affirmed, Alydar, Foundation, Majestik Beacon and Business Line among a host of others.  Name brand maternal cow families such as the 30’s, 331’s, 416’s, 894’s and 919’s also trace their heritage back to the Suhn program.

The original President and day to day manager of GENETRUST beginning in 2009, the first decade was highly successful, in large part to his intuition, experience and tutelage.  As GT strides into the next decade, the Suhn cowherd and insight will continue to play a large role in the future. 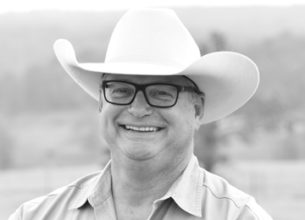 Growing up in Mississippi, Dr. Randy and Karen Schmidt’s transition following med school to Texarkana, Texas has proven to pay multi-fold as Randy has discovered a passion for the Brangus breed on one of the most beautiful ranches in all of Texas.  Operating a commercial herd for many years prior, in 1999 Randy was able to purchase the original portion of the contiguous land he currently ranches on and soon followed the beginning of his registered Brangus herd.

A true student of the business, AI and ET are an integral part of the success of the Schmidt herd, producing herd sires like Brickhouse and females that have served as donors in scores of herds across the country.  Their picturesque ranch would be one of the best grass producing pieces of ground in the southern United States and in turn females are developed accordingly, with minimal supplement outside of the Bermuda and Rye Grass they graze.

The 2019 IBBA Breeder of the Year, Randy is a true hands-on operator and has developed an excellent eye for cattle.  His passion and studious nature will keep Schmidt Farms and GENETRUST at the top of their game. 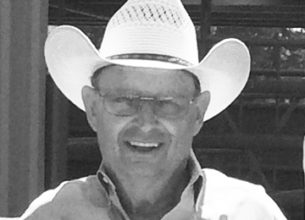 John Milam’s story is an interesting one with a rich family history in agriculture dating back to West Texas in the 1800’s.  Now based in Eldorado, AR, John owns and operates a very large and successful construction firm, runs hundreds of Brangus females and always has room for one more good horse.

With beginnings stemming back to Camp Cooley in 2005, the Draggin’ M program saw steady growth in their registered program until the formation of GENETRUST in 2009.  The years that followed, through some key genetic and personnel additions, saw the DMR program jump to the next level.  With a number of elite females passing through DMR including the $70,000 415R23, $60,000 30X6 among a host of others, DMR has established itself as a source of front-end females.  Along with elite donors, herd sires such as Eldorado, Coronado and Main Event have also been raised or resided in the beautiful Bermuda pastures at DMR.

With an aggressive AI and ET program, John and manager Grady Green continue to push the envelope in an effort to improve their product and in turn their customer’s success. 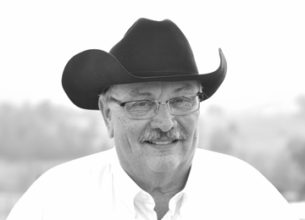 Bill and Gail Davis are the embodiment of the American Dream.  Growing up as a child in the livestock market and packing industry, Bill’s love for the cow business was formed at an early age.  In 1975 Bill and Gail began what would become a highly successful trucking business in Bill Davis Trucking, which still runs scores of trucks coast to coast to this day.  Many doors were opened to the Davis’ through the trucking business, including the formation of a NASCAR team in 1987, which operated for 21 years as Bill Davis Racing, logging multiple wins, including a 2002 Daytona 500 championship and a 2008 Truck Series Championship.

The Davis’ entered the commercial cattle business in the late 90’s with the purchase of what serves today as their CRC headquarters, and stepped into the registered business in 2003 through several key purchases at Camp Cooley and Suhn Cattle Company.  Since that time the CRC herd has flourished, in producing key herd sires such as Guardian, North Star and Landau and donor cows that have excelled across a number of herds throughout the country.

The first sale at CRC was held in 2007, with the first GENETRUST sale also at CRC’s first-class facility in 2009.  A true servant to the Brangus breed and GENETRUST, Bill Davis’ behind the scenes impact on the cattle business has helped lead GENETRUST through their first decade and no doubt his positive, team-player influence will continue well beyond. 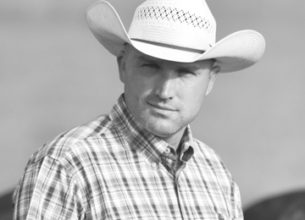 Nic Cornelison is a true visionary in every aspect.  He and his father, Royce, have grown a successful small construction business into one of the premier family-owned full-service construction businesses in the United States.  By the same token, Nic’s appetite for success has parlayed Lake Majestik Farms into a budding seedstock operation that will long be a household name in the Brangus business.

Like the other GENETRUST partners, Nic’s hand in the cattle business began in the commercial sector, transitioning into the registered arena in 2007.  Quickly grasping an understanding of pedigree power, Nic hand selected a number of elite females to build the foundation of his program, many stemming back to the Camp Cooley program.  Growing in numbers and quality over the next decade, Nic’s approach and high character personality lead him to a friendship with the GENETRUST partners, eventually joining GT as a partner in May of 2018.

Backed by a number of elite cow families and herd sires like Foundation, Majestik Beacon and Signal along with Nic’s high energy and passion for success make him a tremendous asset to the GENETRUST program, securing its future for generations to come.